The other day, my wife showed me a video in which a bear carelessly and easily passes through the fragile door of someone’s house, and said that she was glad that we did not have bears where we live. I agree with her. I suppose if we had bears, we would have adjusted to the reality of life in a bear country, but it’s a relief that we don’t have to worry about these beautiful but dangerous creatures.

The story below is exactly why I’m glad we don’t have bears. A guy named Chad Morris was enjoying a family vacation in Gatlinburg, Tennessee when his parents suddenly screaming for him to came outside.

Nope, they were getting inside of the car. Chad told The Dodo that as soon as he saw them, they were walking up to his car and the three adorable little bear cubs hopped right in. As the three little bears had a blast rolling around inside Chad’s car, the intimidating mama bear watched closely from nearby. 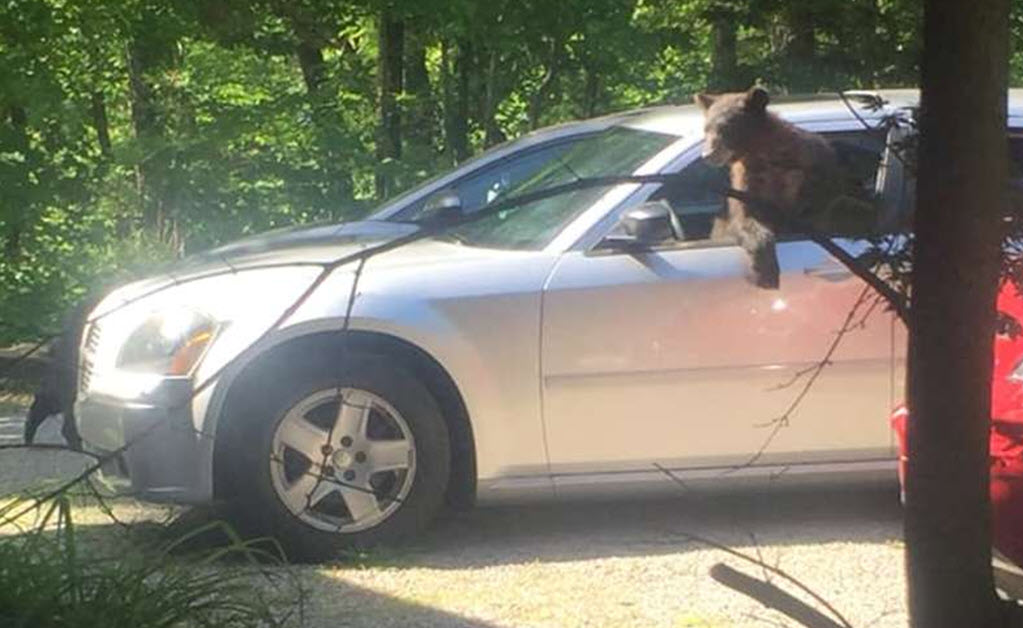 Meanwhile, the little cubs played in the driver’s seat, played with whatever they could find in the car, and leaned out of the windows. They were just having a great time. This is the best part. The bears knew about Morris and his parents, who were watching from a very safe distance.

However, they did not mind the presence of people at all. They simply continued their misdemeanor of property destruction and attempted car theft. “They saw us standing and taking pictures, but they never bothered us,” Chad said. 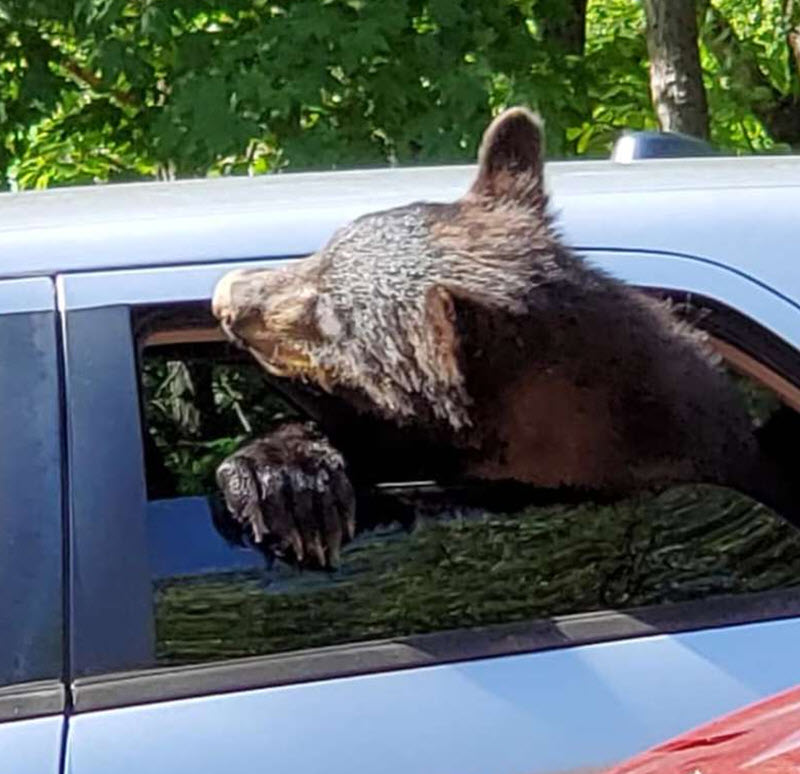 When the little cubs got bored and tired of exploring the car, they cautiously got out and tried to grab another car parked in the driveway, which was Chad’s parents’ car.

The little guys stood there next to that car, but Mom and Dad had wisely rolled their windows up. Chad said the cubs walked around for about five more minutes and then just calmly meandered back down the mountain and off into the woods. 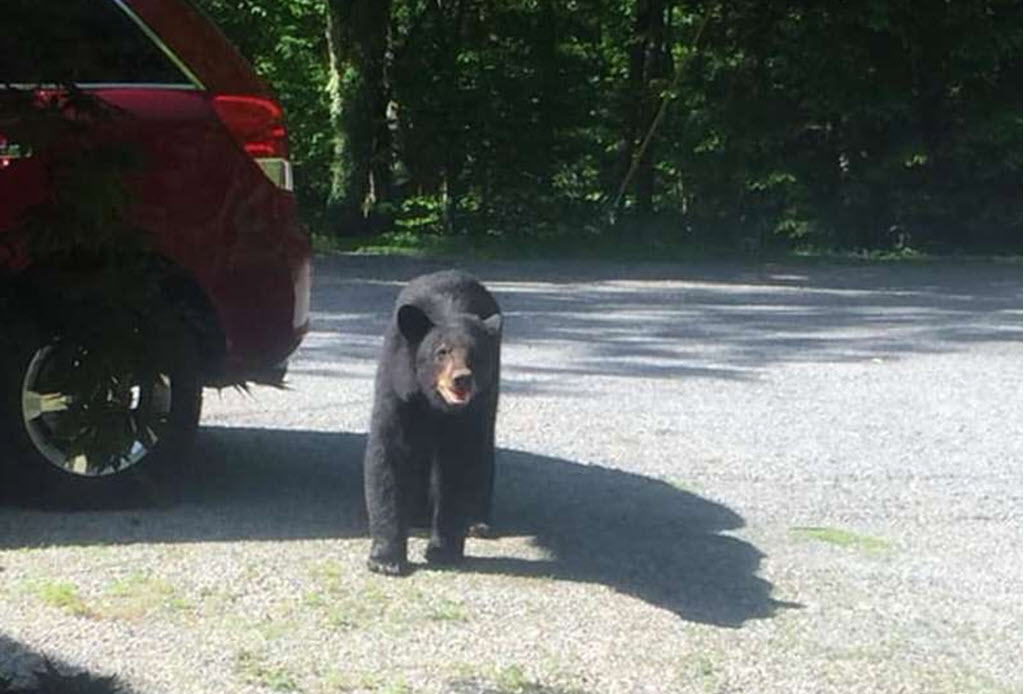 But what kind of condition was the car in after all of this fun? “They tore a chunk out of the leather on the driver’s seat by the headrest, and left scratches in a few spots on the interior,” Morris said. “One bit down into my protein shake top, and my son’s football has claw marks on it.” What an adventure – for everyone involved.