A man named Tony Alsup was heading toward the hurricane when residents of South Carolina were preparing to evacuate last week as he ventured to carry out his heartwarming plan. He drove an old school bus he’d purchased to save the lives of animals who were left behind in the storm.

Tony is a volunteer with EARS Emergency Animal Rescue and Shelter and had used the school bus once before to help evacuate pets from Texas during Hurricane Harvey in 2017. And when he learned shelter animals in South Carolina would need the same kind of help this year, he jumped at the chance.

“I’m like, look, these are lives too,” Tony told The Washington Post. “Animals — especially shelter pets — they always have to take the back seat of the bus. But I’ll give them their own bus. If I have to I’ll pay for all the fuel, or even a boat, to get these dogs out of there.”

Tony dropped by several South Carolina shelters before the main part of the storm hit and loaded his bus up with dogs and cats. In total, 64 pets would be shuttled to safety thanks to Tony’s big heart.

Tony drove to a rescue facility in Foley, Alabama, where the pets would be safe until they could eventually be transferred to other animal shelters across the country. There they will hopefully reach the ultimate goal of finding their forever homes. 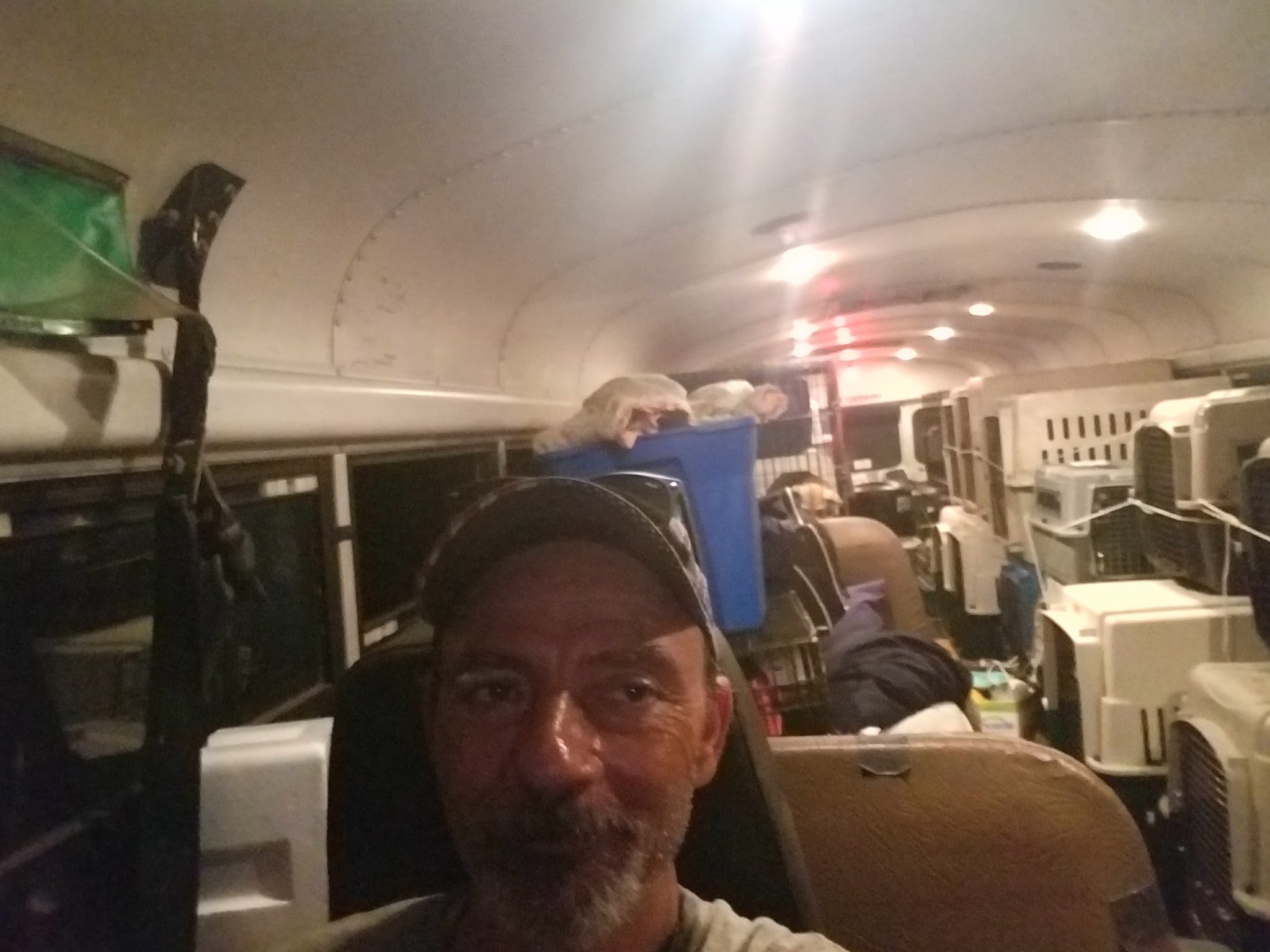 The shelters he rescued these animals from were extremely grateful for his heroic actions.

“Tony swooped in at 4 a.m. Wednesday morning to pick up our ‘leftovers’ — the dogs with blocky heads, the ones with heartworm. The ones no one else will ever take. And he got them to safety,” the Saint Frances Animal Center in Georgetown, South Carolina, said online. “Not the most conventional evacuation, but surely the one with the most heart.”

Tony and all of the shelters are looking for fosters all across America to help out with the animals until they can find forever homes. You can also help out by donating to EARS Emergency Animal Rescue and Shelter.

What an amazing gesture by this man. His actions deserve to be recognized by all!